The Burger Joint with Big Heart 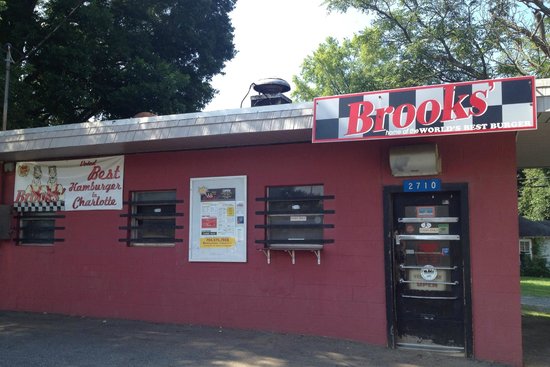 Brooks Sandwich House, a NODA institution in a tiny cinder block building where they’ve been slinging the best burgers in Charlotte for decades, is donating over 2 acres of land to build affordable housing in Charlotte.  What? You read that right. A little, cash only burger joint is stepping up in a big way to help the City of Charlotte with one of its most pressing issues.

The news was announced in the Foundation For the Carolinas’ Luski Gallery alongside some big names (Atrium Health and Fifth Third Bank) who have also committed to improving Charlotte’s housing crisis. Experts estimate that Charlotte is short 30,000 affordable housing units.

The gift from the Brooks family valued at a reported $75,000 shows the true impact that small, family-owned businesses can have in this community. Habitat for Humanity will build between 18 and 24 townhomes on the property in the Sharon Forest neighborhood.

In 2014, Charlotte was ranked last among major cities for economic mobility. It was news that rattled everyone in town from the highest office buildings down to the neighborhoods.

In 2018, City leaders set out to raise $100 million in public and private commitments to increase affordable housing options. Big businesses wasted no time stepping up. In fact, the fund is just $6 million shy of its target goal. But just as the problem didn’t happen overnight, it won’t be solved overnight and it will take EVERYONE… even those little guys in the middle to help reverse the trend that is hurting Charlotte families.

That’s why we salute Brooks Sandwich House! THANK YOU for showing all of us what is possible. Thank you for proving you don’t have to sit in an office in a skyscraper to make an impact on the community. This is what makes the Queen City an amazing place to live!

If you want to say Thanks, stop by and see the Brooks brothers and order a burger or a bowl of their killer chili.