Summer Gardening Part 2: An urban farm in a backyard 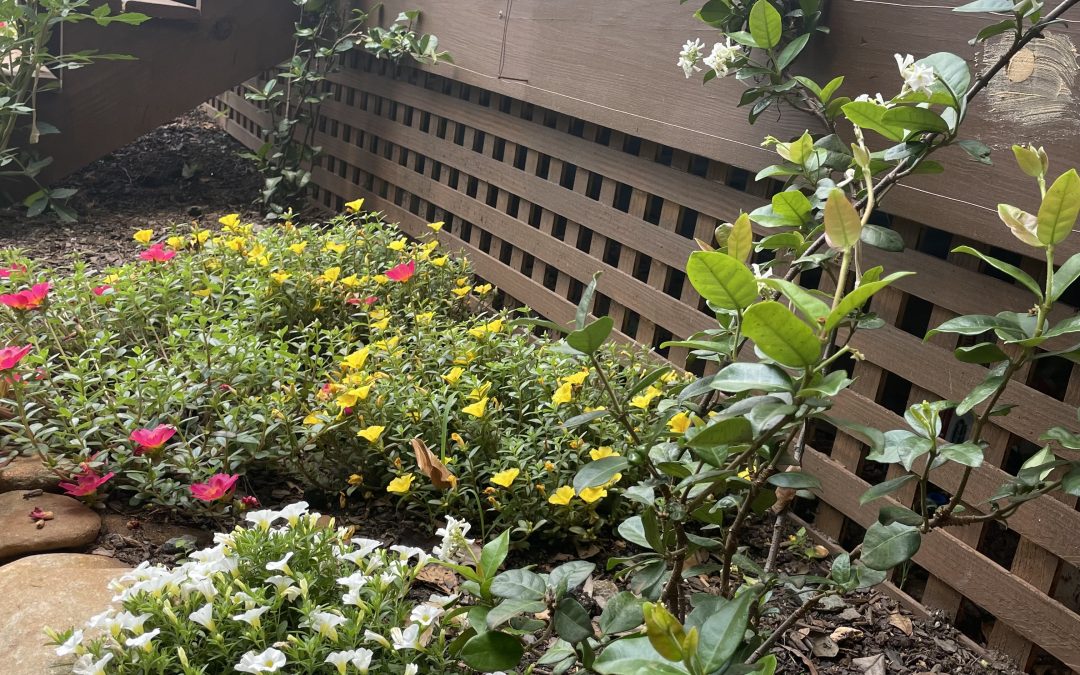 Summer gardens are in full bloom and veggies abound! In fact, some of Charlotte’s urban gardens are more like mini-backyard farms. In part two of our Summer Gardening Series, we want to share the gardening story of another 5 Points agent that might just give you some big new ideas!

5 Points Real Estate agent and broker Brad Melang and his partner have been urban farmers for years now. Usually they tend to a large garden, keep bees and raise chickens.

Yes, It’s legal to keep chickens in Charlotte. However, the city does require a permit.  At last check of the city rules, there is a strict limit of 20 chickens per acre of land. If you are considering raising chickens you might want to check out this Charlotte Magazine article for more information.

Brad and his partner moved into their home in Enderly Park at the end of 2019 and decided to hold off on any major gardening projects until the renovations were finished. To say the least the avid gardeners were bummed out about that. Two months before the project was slated to begin the pandemic hit and the world shut down and they had to halt the renovation. “Honestly, I was kind of happy we halted the project. It gave us more time to work on the house plans and meant we could start the garden project,” Brad told us.

They started the garden project in April of 2020.

They sourced 4 baby chicks online (2 Golden Comets, an Amberlink and an ISA Brown), Their names are Kirby, Dena, Alyssa and Miss Vanji. They raised the chicks inside for their first 2 months while they  were building the coup/run. “We were able to build the coup in a way that is more sustainable by incorporating a self watering/feeding system,” said Brad.  “This has come in super handy now that the world is back open.” 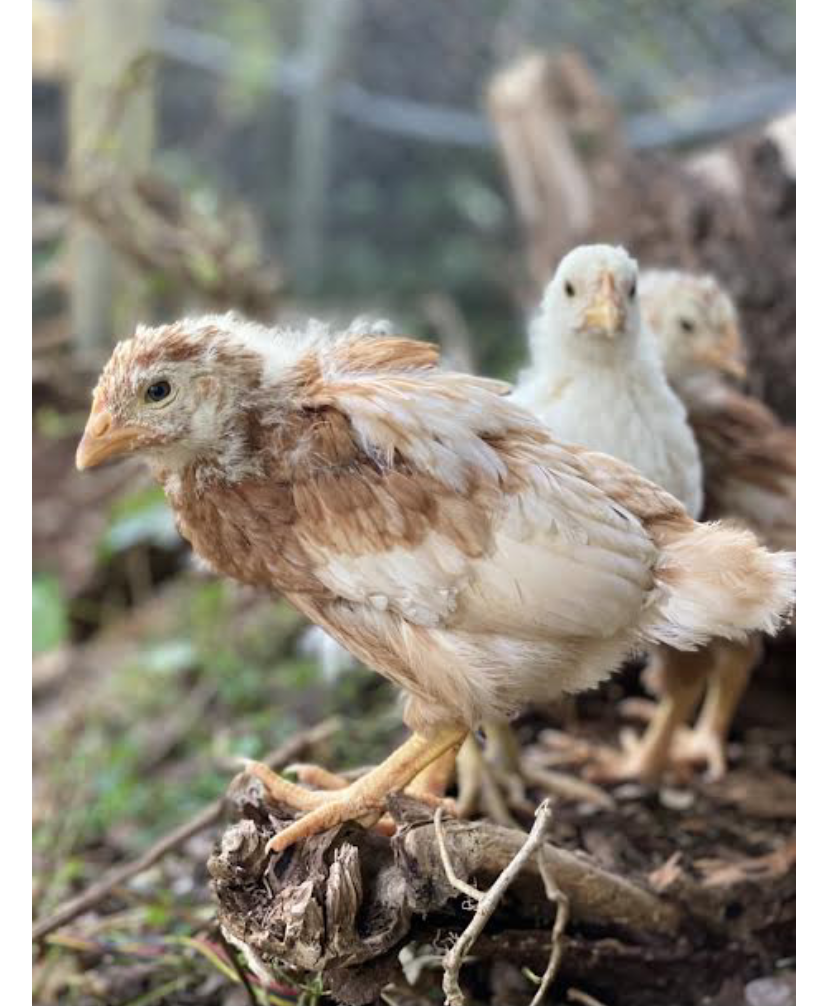 The couple has one hive (Italian Hybrid) in their garden as well. It was sourced from a beekeeper down in Waxhaw and the other was a swarm that Brad caught at a friend’s house in Biddleville. Honestly, that could be a story all by itself! They estimate the number of bees around 60,000 to 80,000. 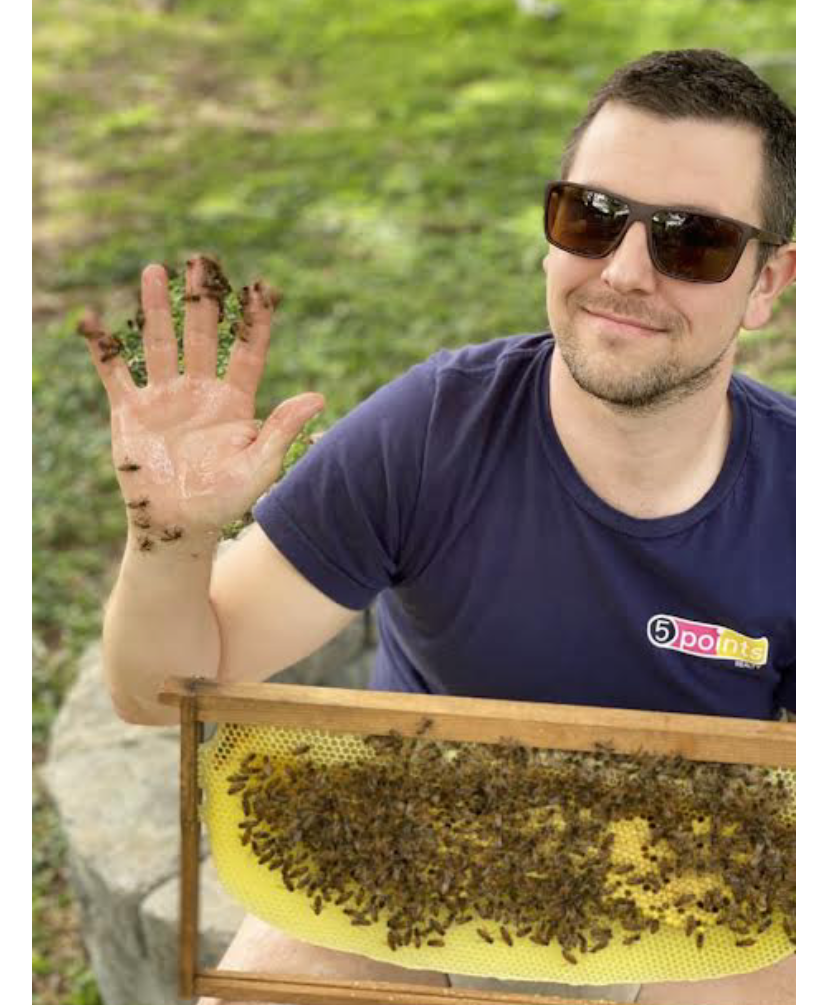 Beehives are extremely difficult to keep, in general. As you can imagine there are a lot of particulars around the type of bees and construction of the hive.  Pests, disease, and insecticides play a major role in why a hive fails. Brad admits they’ve been lucky. “No major issues and they’ve been producing about 10 gallons of honey a year,” he said. “I’ve had several hives fail in the past but these bees seem to thrive over here.” 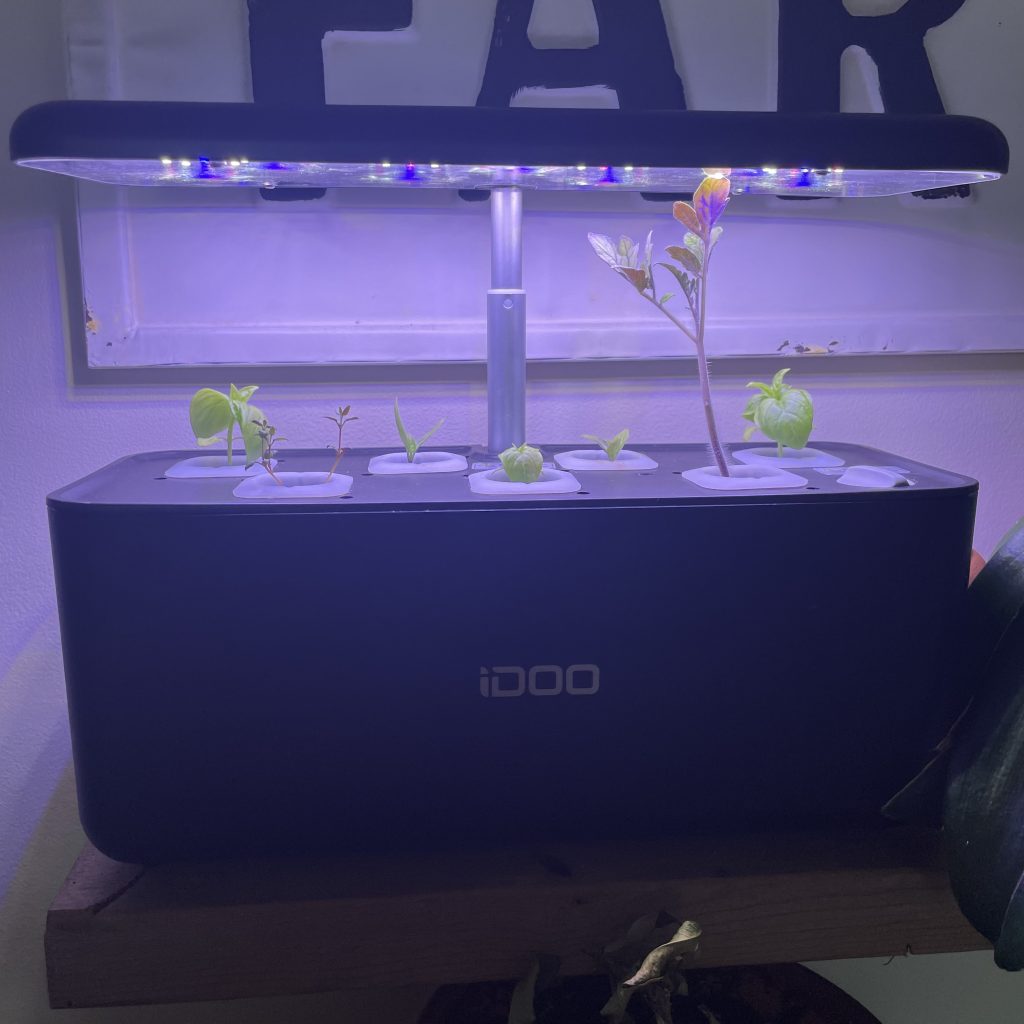 The pair grows almost all of their vegetables from seed indoors using hydroponics and normal starter trays. “This I think is the best method vs buying from major retailers,” said Brad. “You can ensure the veggies are grown organically and it gives you something to do when you’re trapped inside.”  Their main crop is tomatoes. They have several unique varieties including Homestead, German Johnson, San Marzano, Druzba, Super Sioux, Rutgers, Crovarese, and Tiny Tim.

But that’s not all they’re managing. According to Brady, they are also growing Straight Neck Zucchini and Squash, Black Beauty Eggplant, Anaheim peppers, strawberries, blackberries, blueberries, raspberries, a mix of lettuces, and numerous herbs. Plus, they just purchased an Avocado tree, Mayer lemon tree, and a Clementine tree. Add that to their large wildflower garden and 5 lavender bushes for the bees and now you know why we say their garden is more like a mini-farm.

The most recent project is a greenhouse they started planning towards the end of 2020. They decided to build it from scratch … coming up with their own design and engineering it. “This entire project was a mammoth of a task!” said Brad.  “We built the entire greenhouse ourselves minus the electrical work. Our original goal was to upcycle materials but it became too much of a challenge. We were however able to source a beautiful copper sink, an old glass door, and scrap copper for the ridge cap.” 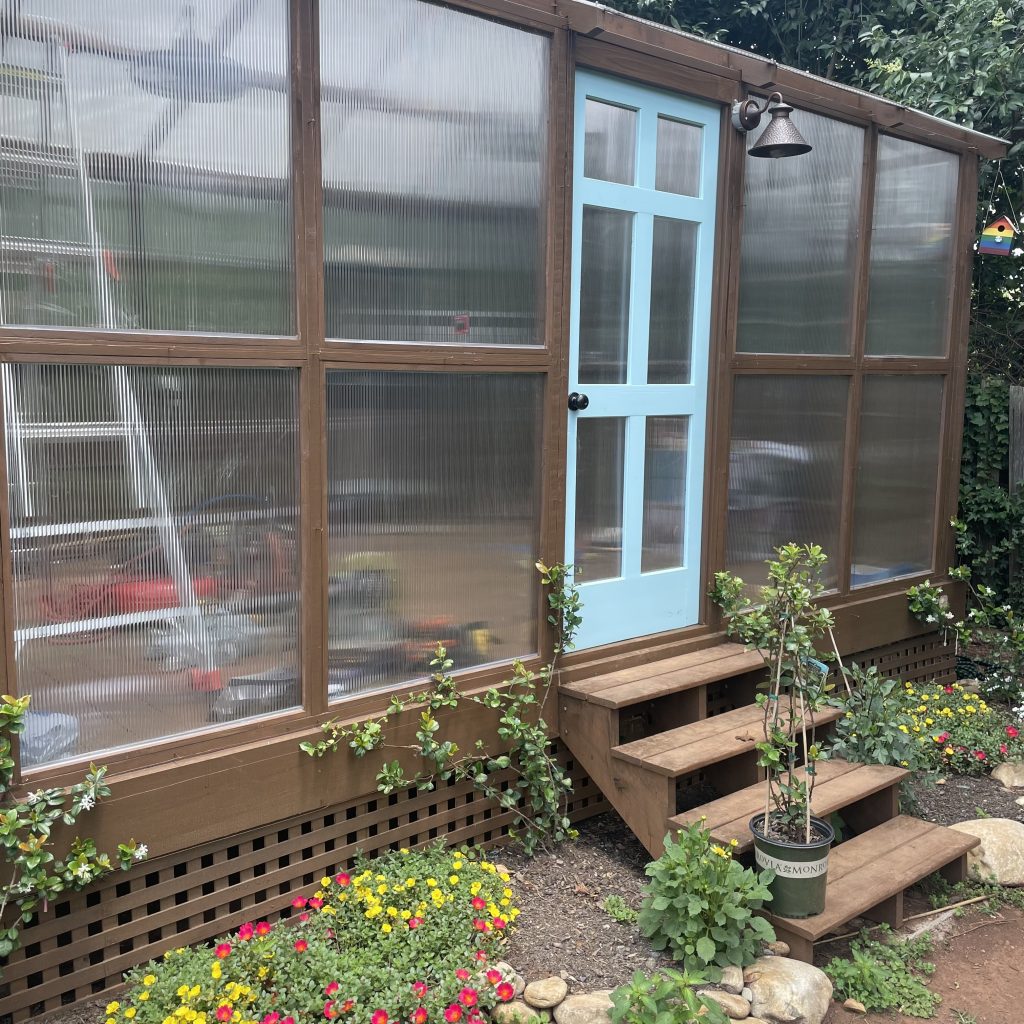 With the project almost complete they are waiting on lumber prices to drop to finish the shelving. The original price for the shelving was around $900 but the lumber shortage caused it to drastically increase. Luckily most of the lumber was purchased before prices increased.

If all goes as planned, by the fall the project will be finished and they can start growing!

5 Points Realty agents and brokers have good reasons to get behind gardening. A healthy, thriving, blooming whatever is always great for curbside appeal and resale value in addition to just enjoying your home inside and out even more.

In the first installment of our series, we told you how Cassee’s background in permaculture shaped her approach to preparing the soil and ground cover she chose to create a backyard oasis perfect for a neighborhood jam session.

Coming up in part three of our series…. Wait until you hear about Beverly’s Charlotte backyard garden.