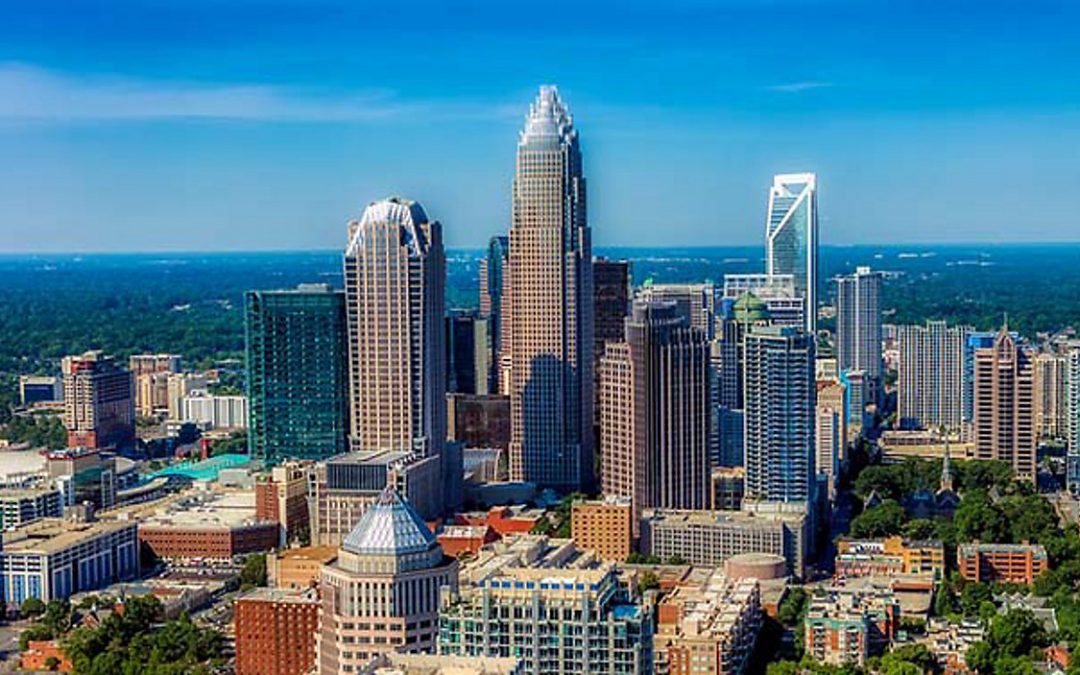 If you notice more traffic on your commute and feel like you run into construction at every turn, well, you aren’t making it up in your head. Charlotte is the 15th largest city in the country. Traffic and construction kind of go hand in hand with that ranking. Now, picture 385,000 more people living in Charlotte. That’s how many additional people experts predict will move here by 2040. Can you imagine what kind of impact that will have on housing and infrastructure? Enter the newly approved 2040 Charlotte City Comprehensive Plan. The plan outlines the strategy for handling the city’s growth over the next two decades.

As real estate agents and brokers, we support the goal developing what the plan calls 10-minute neighborhoods. That means all Charlotte households would have access to fresh food, health care, and public space within a 10-minute walk, bike ride, or public transit. Sounds like a thriving place to live to us. This concept could result in more mixed-use developments with open spaces to enjoy if the city offered incentives to developers.

Charlotte City Council approved the plan 6-5 this week but not without controversy.

For a while, it looked like the single-family zoning changes in the plan would derail the whole thing. The provision allows duplexes and triplexes in “Place Types” where currently only single-family housing is allowed. The goal is to encourage housing that is more affordable than a traditional single-family home. Critics pointed to urban density and the potential for gentrification as arguments against it. Some Council members wanted to exclude that part of the plan from a vote until they could conduct a land-use study.

The plan does address an issue we’ve seen homeowners struggle with for the last few years… increasing land values caused by an onslaught of new investors. The city says it will create a commission, a study, and strategies to investigate and deal with the threat of displacement.  Acquiring land, tax and foreclosure assistance and affordable housing improvement grants/loans are some of the strategies the city will look into to further help the problem.

Charlotte’s reputation for affordable housing has been on the decline for years and the 2040 plan has several ideas but no concrete solution for reducing the number of units needed. How many affordable housing units Charlotte needs depends on who you ask but the number is always in the tens of thousands.

The city has also agreed to explore the use of what they term Community Benefits Agreements. We’ll be keeping a close eye on this provision as these types of agreements haven’t been a part of the recent developments in Charlotte.

The agreements as we understand them are contracts between developers and neighborhoods to make sure communities benefit from the development that happens around them. They are supposed to give communities needed amenities in a development project, such as childcare facilities or grocery stores.

We at 5 Points Realty are clear that amenities for neighborhoods such as parks, walkable places, playgrounds, gathering spots, and shade, are vital elements to having a great place to live. It will be interesting to see how this concept shakes out in Charlotte.

The current environment and future needs of housing is very complex. At 5 Points Realty, we are listening to all parties: our clients, our neighborhood leaders, advocates for affordable housing, developers, the building industry, and many more stakeholders.

The final adopted Charlotte 2040 Comprehensive Plan will be released to the public within the next 30 days. After that the city will create a Policy Map that will provide guidance on land use and public investment decisions within the new ordinance.