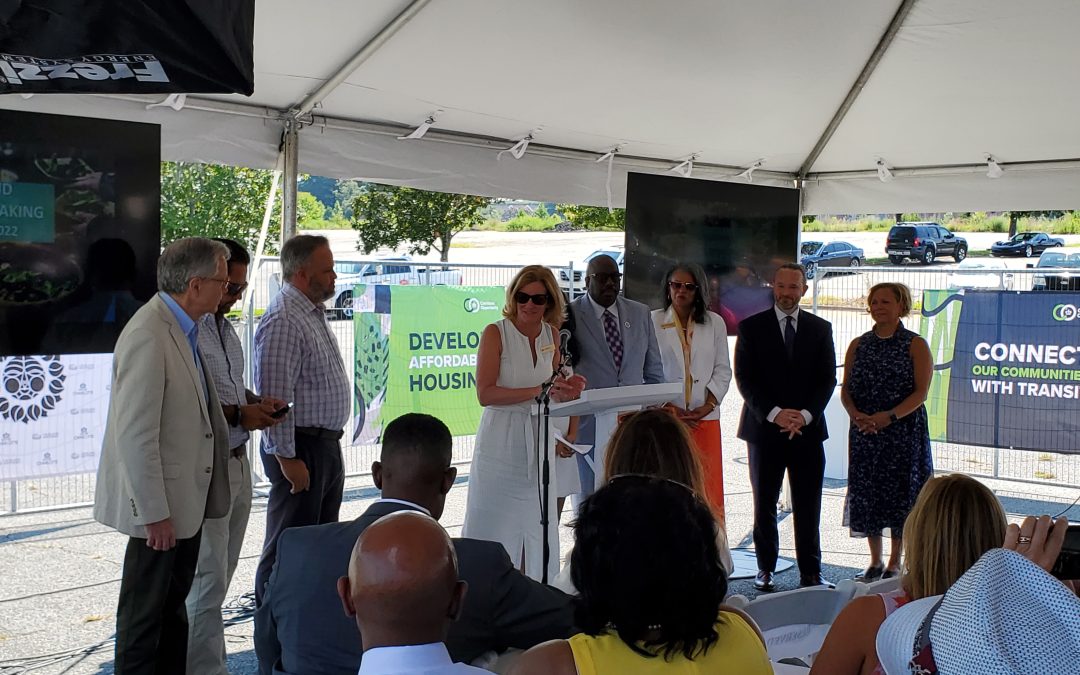 They say good things come to those who wait. The folks on Charlotte’s east side hope that’s true about the old Eastland Mall site. In August, Crosland Southeast broke ground on a $175 million mixed-use development called Eastland Yards, an event a mere 12 years in the making. 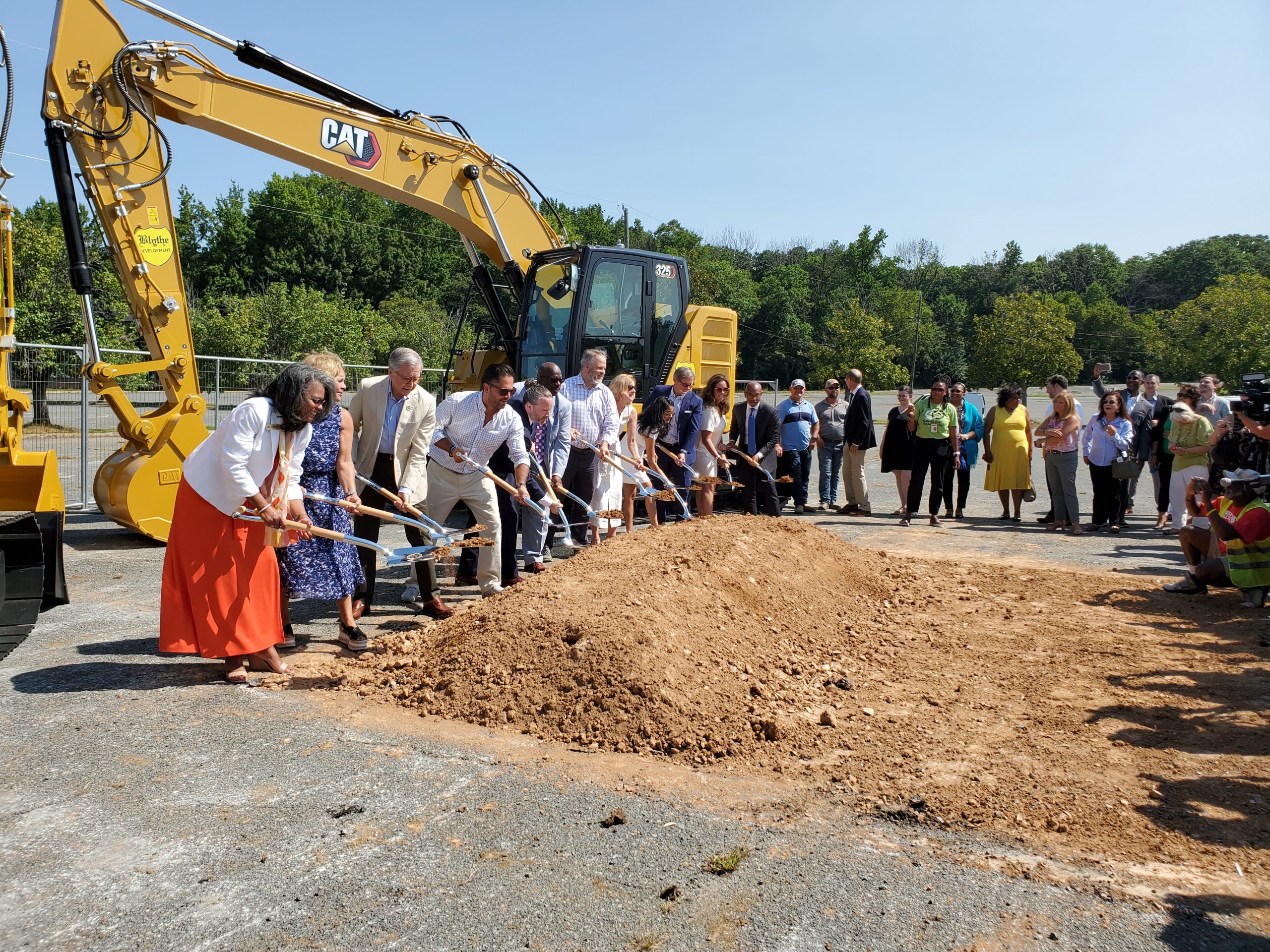 Maybe that’s why so many people were there for the groundbreaking! 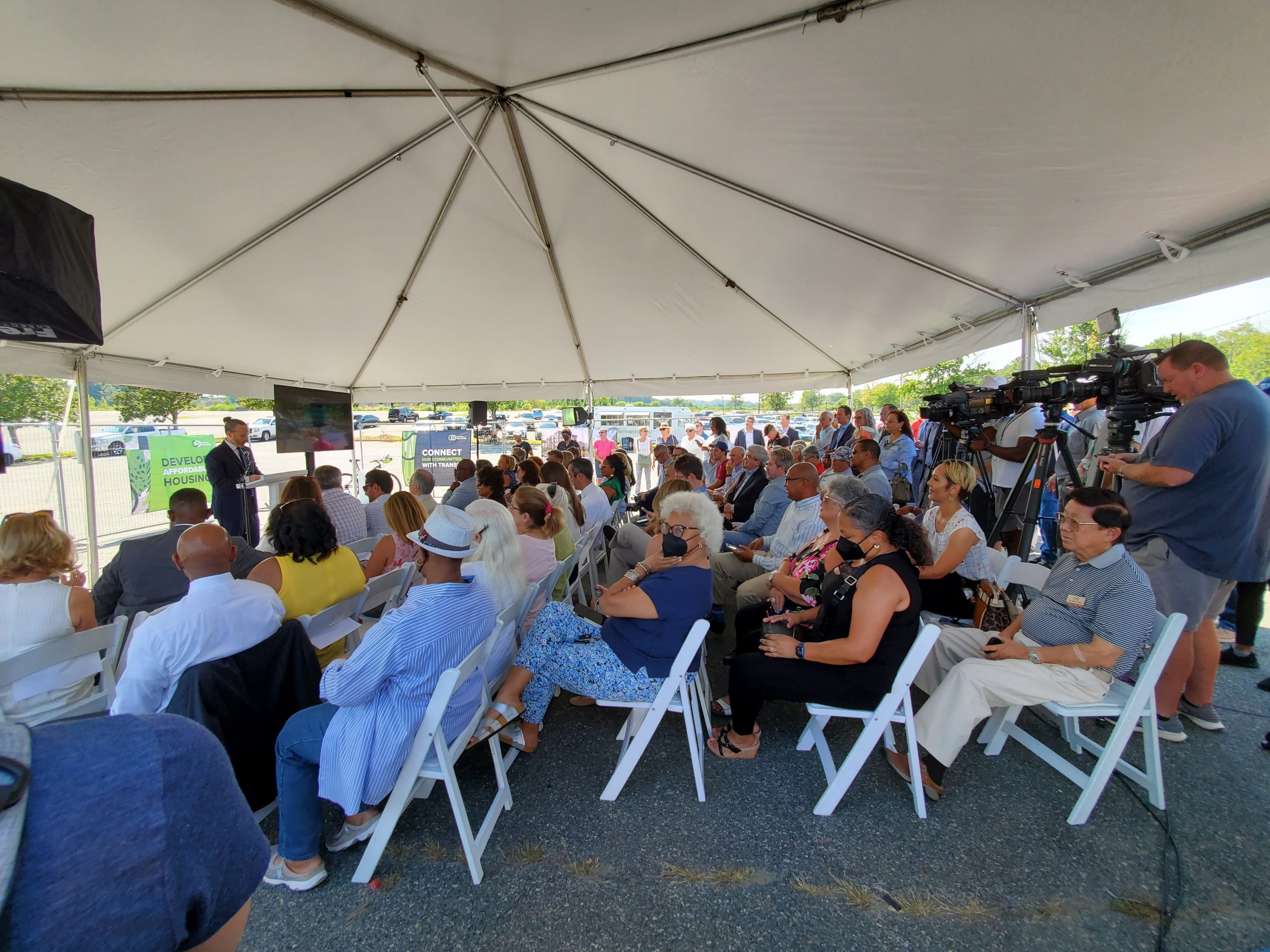 Charlotte Mayor Vi Liles attended as well as current & former leaders from community groups CharlotteEAST & ECCON & activists for the former Eastland Open Air Market vendors that have been displaced. CharlotteEAST has held possession of the former Eastland Mall signs, one of which will be displayed at Eastland Yards. And according to the 5 Points Realty team in attendance, the pastries from Manolo’s Bakery were delicious! 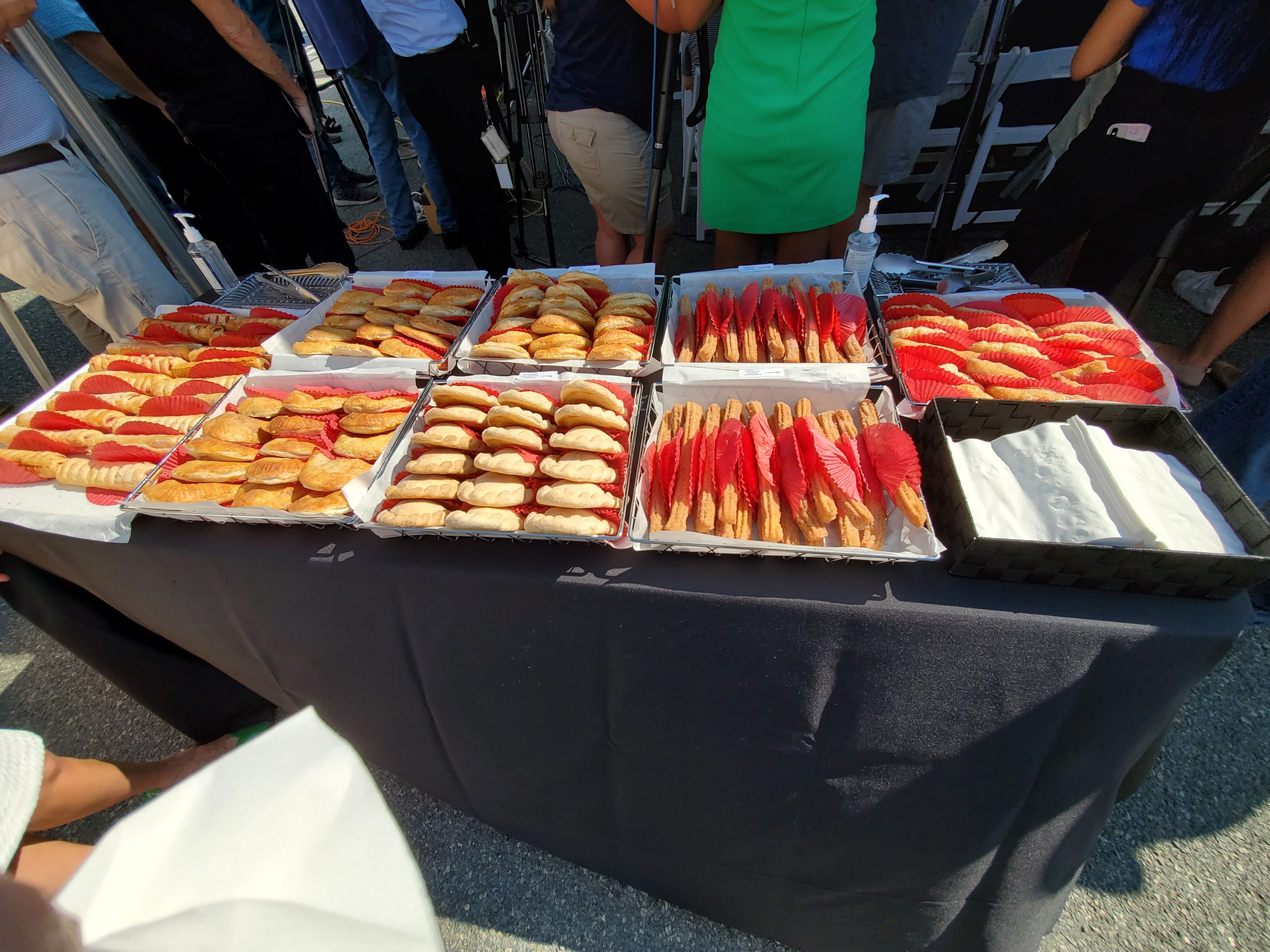 After Eastland Mall closed in 2010, there were several promising plans for the space at Central Avenue and North Sharon Amity Road including a film production studio, a wave pool, and, most recently, the headquarters for Charlotte’s Major League Soccer team. But nothing worked out, until now.

Just months after Carolina Panthers’ owner, David Tepper’s company walked away from a Panthers’ training facility in York County, South Carolina, it pulled out of the deal to put the Charlotte FC headquarters and practice fields on the Eastland site. That didn’t stop Crosland Southeast from moving forward with its plans for the rest of the 80-acre site.

Eastland Yards is a mixed-use project that will include single-family homes, apartments, and affordable housing. This first phase will also include office and retail space. Construction is expected to take five years.

Crosland is still working out what will go on the 20 acres that had been set aside for Charlotte FC and youth soccer fields. Some locals want to keep a skate park and weekend flea market that had been operating there. We probably won’t learn about the plans for a few months.

SO WHAT ABOUT THE REST OF THE EAST SIDE?

All of this development is exciting news for residents living in Charlotte’s east side or considering a move to the area. Right now the area is an amazing array of diverse neighborhoods, businesses, and restaurants.

5 Points brokers Liz Millsaps Haigler and Steve Haigler love living in east Charlotte’s Oakhurst neighborhood. That’s the area all around Monroe Road from Sharon Amity Road up to I-277. “The prosperity of Chantilly, Commonwealth park, Plaza-Midwood and NoDa is radiating out and into Oakhurst,” Liz says.

As the neighborhoods close to Uptown become more densely populated and more expensive, businesses are migrating to east Charlotte, in particular the Monroe Road corridor, because it’s more affordable. Lease rates in the area are much more favorable.

Home builders are finding space on the east side as well, like Tripointe Homes’ Context at Oakhurst.

The new Eastland Yards combined with the federal Opportunity Zone, our local Corridors of Opportunity, and the housing shortage has kicked off infill developments like Lake Mist by Lagniappe Builders and Williams Farrow Builders.

IT’S ALL ABOUT THE FOOD

Liz says the real story in east Charlotte is the FOOD! It’s from all over the world. “My favorite is Tacos El Regio’s Monterrey Mexican Tacos,” says Liz. “I also love that I can visit my friend Letty and eat her delicious southern creations at Letty’s on Shamrock.”

Steve Haigler’s current favorite spot is Everest Bistro’s Nepali and Thai cuisine, but his longtime love is the Landmark Diner (have you seen those sky-high cakes?). Liz’s go-to is Lang Van. The beloved Vietnamese restaurant has been around for 30 years. For dessert, Liz loves Manolo’s Bakery.

So, while we wait for the new Eastland Yards project, hurry up and bring your belly to east Charlotte for a world tour.

If you’re interested in learning more about living in east Charlotte, 5 Points Realty’s Liz Millsaps Haigler is your go-to broker.