The Charlotte institution has been open in one form or another since 1977. It actually goes back to 1951, when original owner Tommy Karras’ father ran it as the Central Avenue Bar & Grill in Plaza Midwood. That location closed in 2015 when developers bought the land and put up apartments. We love progress, but it can be hard to say goodbye to old friends like Tommy’s Pub.

Thankfully, current owner Jamie Starks re-opened it further out Central Avenue at the Eastway Crossing. The location has changed but not much else. It has the same laid-back vibe and regulars holding up the same barstools. It still has the same decorations, including a lot of NASCAR memorabilia, some of it donated by patrons. 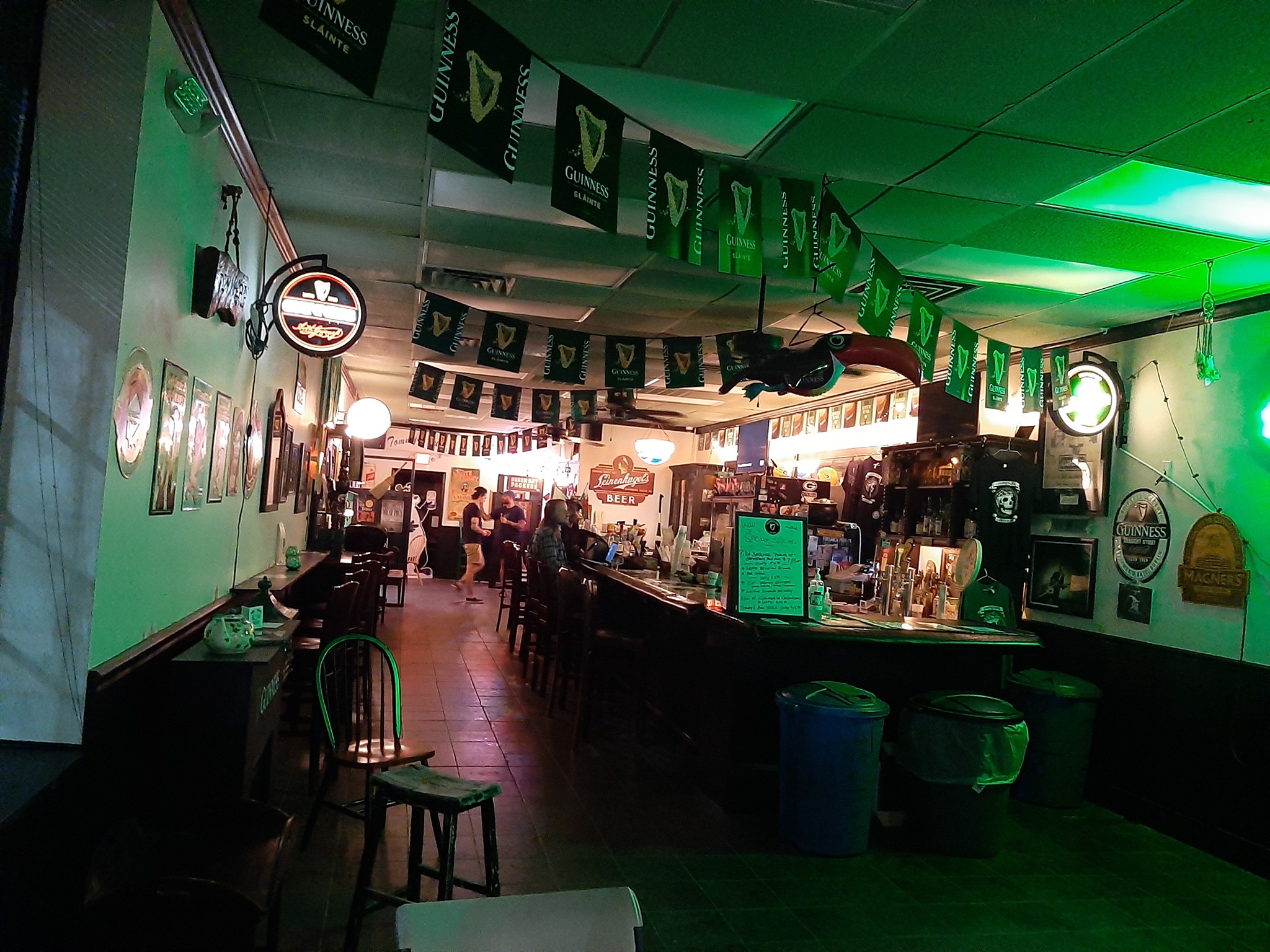 In an article about the best dive bars in Charlotte, Thrillist described it as an “old southern basement”. And who doesn’t love a good basement band? Over the past 10 years or so, Tommy’s Pub has become a hot spot for live music, from punk to bluegrass to rock ‘n roll. The lineup can be found on the bar’s Facebook page.

All around Eastway crossing are great, first-time, eclectic, centrally located neighborhoods.  Just to the South is Commonwealth Park neighborhood.  This neighborhood was built up in the 40s and now has a mixture of really cute brick Tudor and Cape Cod homes combined with new construction.  Across Eastway from the shopping center is Sheffield park.  This is a rolling hills neighborhood built up in the 50s and 60s complete with great ranch homes on relatively large lots. Just to the North of Eastway is Merry Oaks.  Merry Oaks also has very cute renovated homes from the 40s and new construction.  All fantastic neighborhoods to live in and be close to fun things like Tommy’s while enjoying a quiet close-knit neighborhood feel.

Tommy’s Pub is surrounded by old friends at its new location. Other displaced Plaza Midwood businesses landed at Eastway Crossing, including Book Buyers, The Dog Salon, Open Door Studios, Dairy Queen and Armada Skate Shop. WFAE called it a kind of “land of misfit toys.” Sarah Delia wrote, “there’s a special bond between these businesses who have had to relocate, held together by a sacred scrappiness that’s helped them survive.”

Plaza Midwood is not the same place it was 20 years ago, but what is? The historic neighborhood has preserved much of its charm, even as new developments have come in. It’s still a very walkable area. You might have to drive to Tommy’s Pub now, but you can still walk to Thomas Street Tavern and The Diamond as well as new favorites like Legion Brewing and The Giddy Goat.

It has been fun for us at 5 Points Realty to watch Charlotte grow and change over the years. But we love that places like Tommy’s Pub haven’t changed much at all.