Charlotte FC’s first home game: a loss for the team, a win for the city 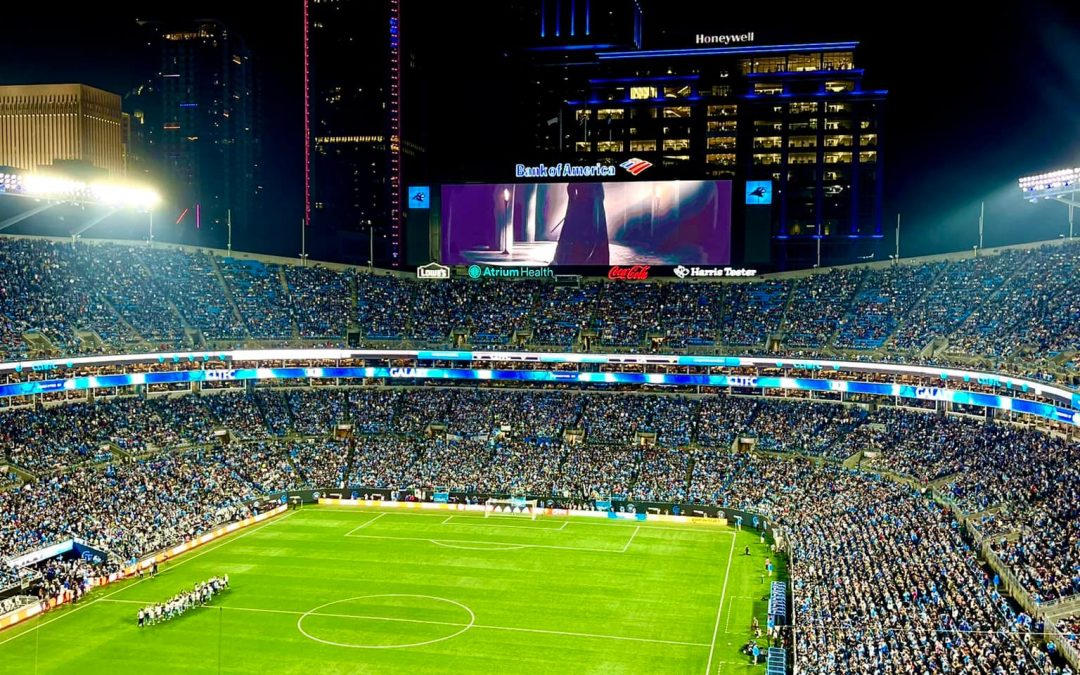 A wave made its way around Bank of America Stadium, filled with a record-breaking crowd there to see the Charlotte Football Club’s first home game. 5 Points Realty agent Daniel Tart was leading the fans in the upper deck. Throughout the stadium, 5 Points agents cheered and chanted ‘C-L-T-F-C’ with the crowd. It wouldn’t be enough to help the team take home a win against the LA Galaxy, but the night was a win for the city on many levels. 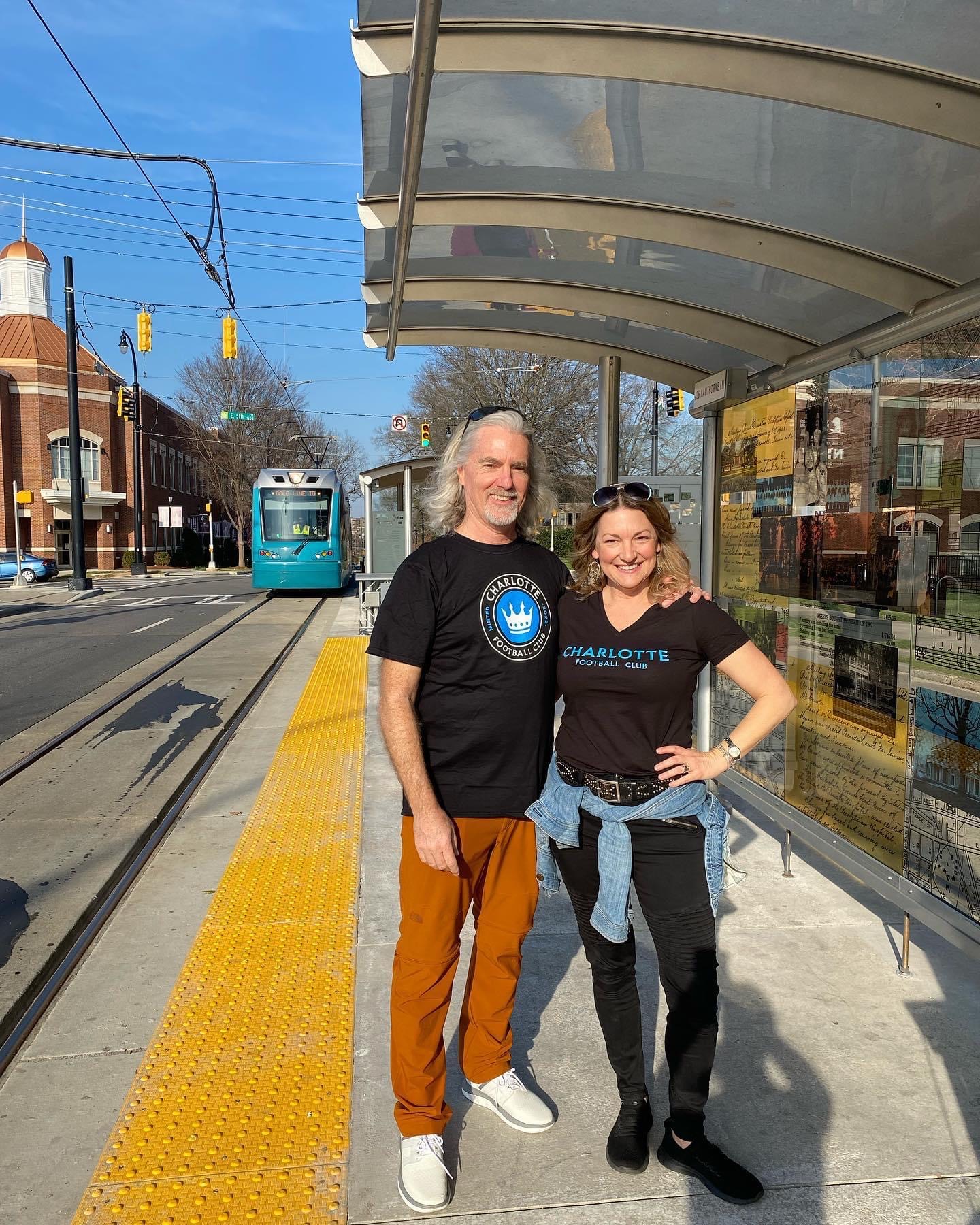 Agent Cassee Cunningham’s husband, Kurt Knaak, a fellow 5 Points Realty agent, bought tickets to the inaugural match as soon as they became available last year.  “I have to admit I had no idea what to expect,” said Cassee. “I actually didn’t think about it much.  As the date approached I started to hear more about the match from neighbors and friends. I started to realize this match was a bigger deal than I thought,” she said.

It WAS a big deal. According to the MLS website, Charlotte FC’s inaugural home match not only set an MLS standalone attendance record, but also became the second-highest attended match worldwide so far in 2022. 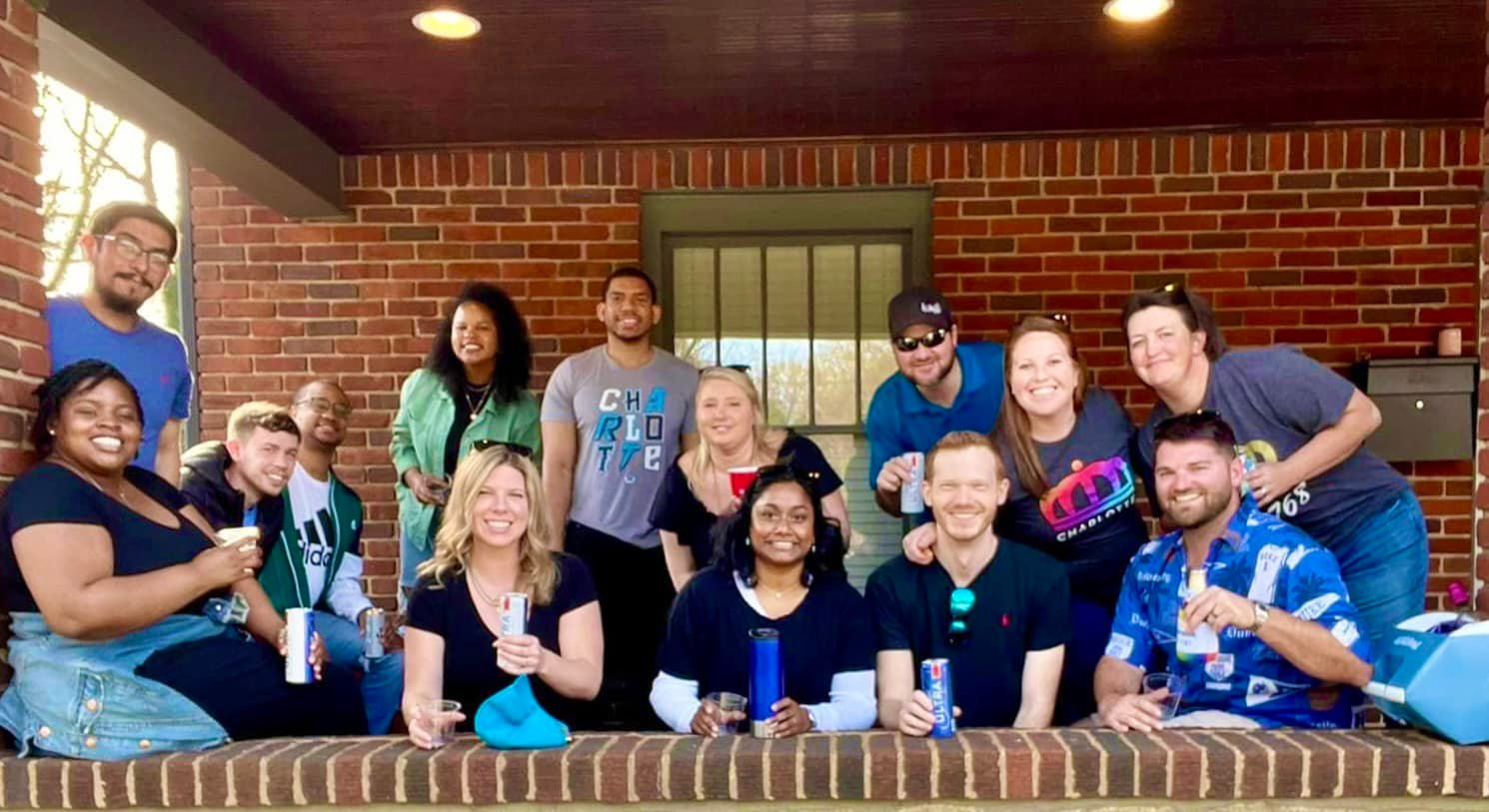 Several agents met at the 5 Points Realty office on Beatties Ford Road and rode the Gold Line Streetcar into Uptown for the game. 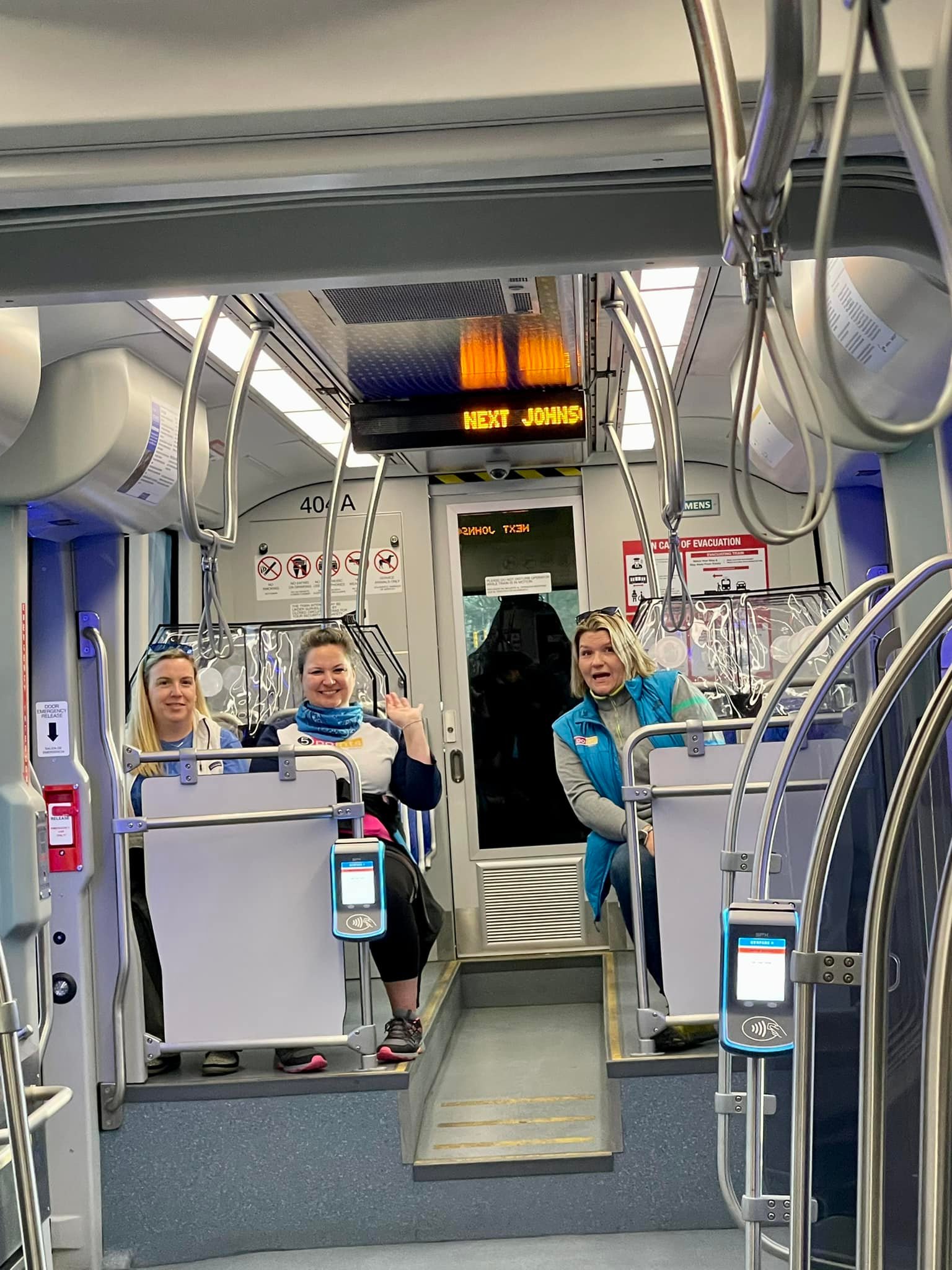 You could feel the excitement in the air. “Downtown was full of sheer happiness, laughter, activity, music, kids playing, and tailgates going strong,” said Cassee. Several 5 Points agents were among those with a strong tailgate game. 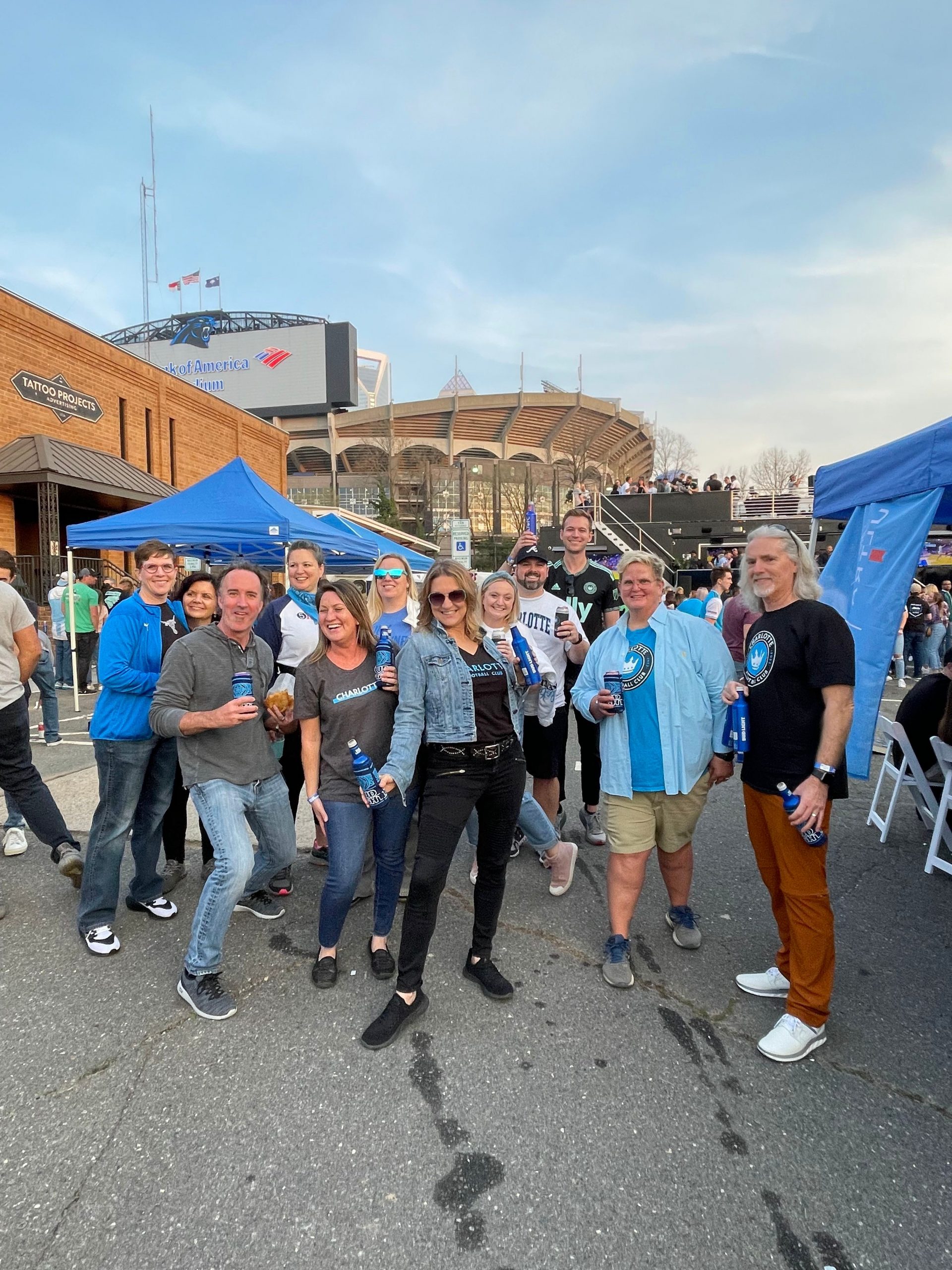 One of the most memorable parts of the evening came before the game even started.  During the national anthem, the singer’s mic went out, but the audience chimed in without missing a beat. We weren’t the only ones who experienced goosebumps from the moment. People are still talking about it!

The weather couldn’t have been better and the Charlotte skyline showed out as the perfect backdrop for the big event, lit up in support of a new chapter in Charlotte’s sports story. Finally, the team took to the field in mint green jerseys, which by the way is only for this year, as 2022 is the ‘Minted Year.’ The rest, as they say, is history. 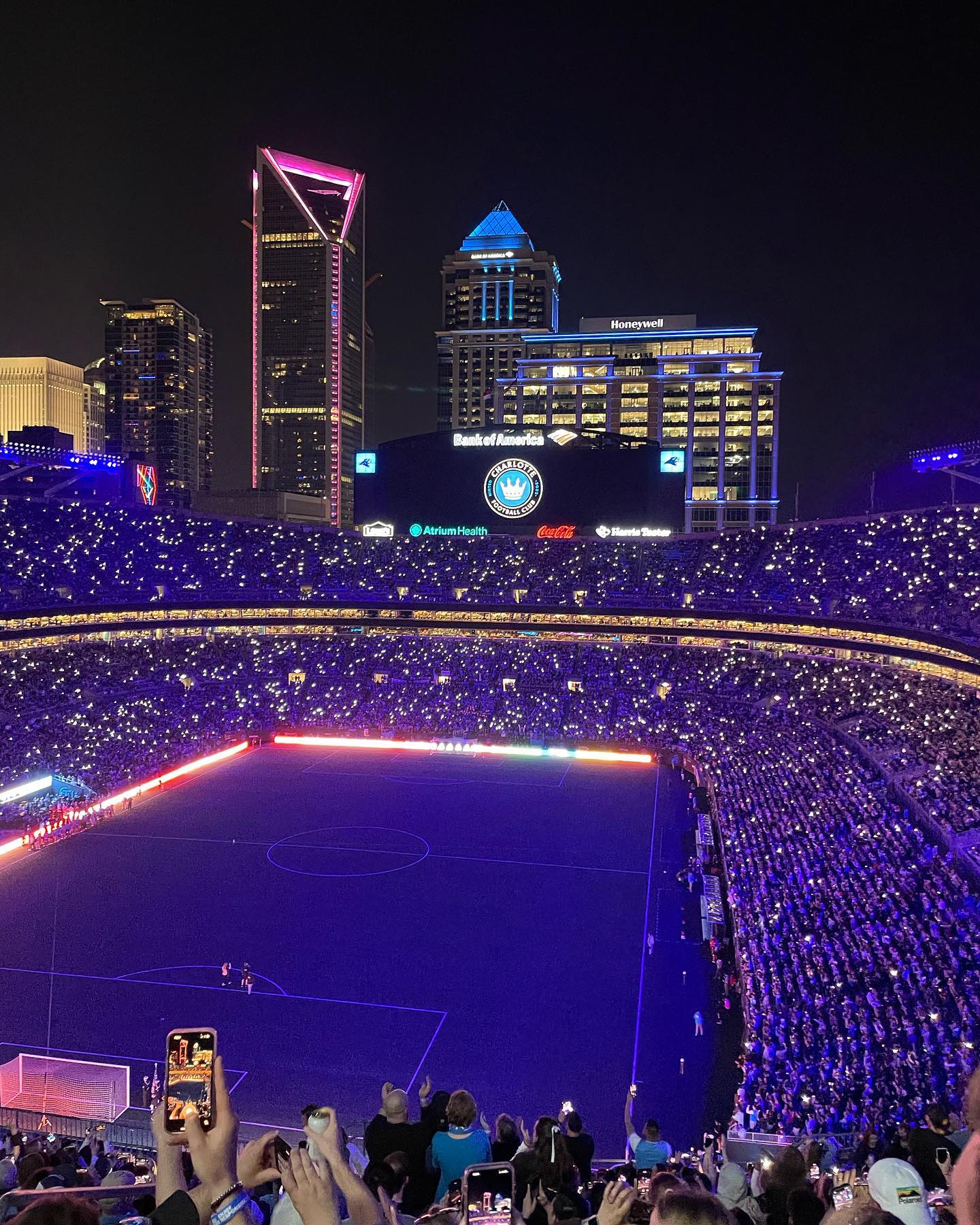 In the end, Charlotte FC lost their first home game 0-1 but if the crowd, estimated to be between 74,479 and 75,000 people, is any indication of what’s to come, Charlotte’s Major League Soccer fans might just rival the number of die-hard Panther fans.

The excitement the team brought to Uptown was a good sign of things to come.  We’ll be right there with the rest of the crowd at the next game too, cheering on The Charlotte FC.